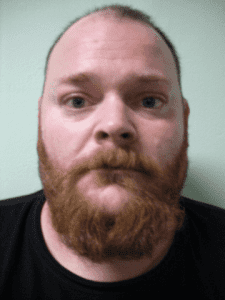 The Sonora Police Department pulled over a car last night because the license plate numbers had been altered with whiteout.

The driver was 36-year-old Thomas Maloy, and the only passenger was 25-year-old Kenny Henson, both of Modesto. The officer found that Maloy was driving with a suspended license. Inside the vehicle, the officer located several checks that had different accounts and routing numbers on them. The officer also found false ID cards. The person’s name on the falsified documents was “Brandon Lee.” At least one local business had recently received a false check with the name of “Brandon Lee.” Both Maloy and Henson were then arrested and booked into county jail.

Officers then searched a local hotel where the pair was staying and found equipment used to make fake checks, completed fake checks and ID cards, methamphetamine and drug paraphernalia.