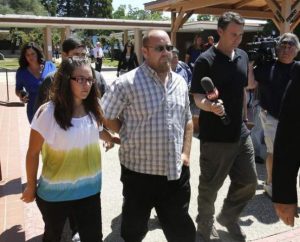 San Andreas, CA — 12 year old Isaiah Fowler had his first appearance in juvenile court. He is charged with second degree murder in the stabbing death of his 8-year old sister. Fowler was in a San Andreas court today for a detention hearing. Kate Storm with the Calaveras County District Attorney’s Office says the media was initially not going to be allowed into the courtroom as Fowler is a juvenile, but that was changed due to the nature of the charges. Fowler’s attorney asked for a continuance, citing that the family needs time to relocate. Their house on Ripon Road is a mess from the police searches and is still a crime scene. Isaiah Fowler’s next court date is set for May 29th. Leila Fowler was murdered in her Rancho-Calaveras home on April 27th. Isaiah Fowler did not enter a plea in court.