Another Storm Will Arrive Later This Week 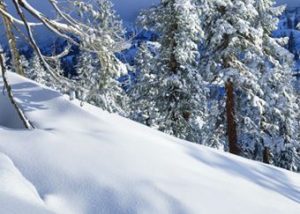 Expect hazardous travel in the Sierra Nevada, later this week and into the weekend.

After a relatively quiet period over the Sierra Nevada both today and early Thursday, a late season Pacific storm system will bring another round of hazardous mountain travel late Thursday through Saturday.

During this time, as much as two feet of new snow is forecast at the higher elevations.

The heaviest snowfall is expected to occur Friday afternoon and night when snowfall rates of over one inch per hour could occur.

Winds during this time are expected to be quite gusty as well, with gusts ranging from forty to fifty mph. The combination of strong wind and heavy snow will generate especially hazardous travel conditions over the open passes.

If traveling into the Sierra Nevada late Thursday through Saturday, be sure to prepare for dangerous winter like conditions. Carry tire chains and check the latest road and weather reports on mymotherlode.com before departure.