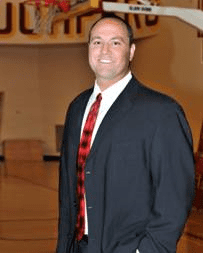 
Rien says “I am very excited for this opportunity to represent Columbia College athletics at multiple levels and to work alongside our new Men’s Basketball Head Coach and Women’s Volleyball Coach, to continue guiding our sports programs in a positive direction,” Rien adds. “Moving into this new role will definitely be a great learning experience and give me the opportunity to utilize my background to advocate for our athletic programs. I look forward to the challenge.”

The College says Rien has helped reestablish the men’s basketball program and he is the longest serving basketball coach in school history with the second highest all-time win list. Rien’s will be turning the reins of Men’s Basketball Head Coach over to 28 year old Rob Hoyt who is a Sonora native.

Hoyt is a 2003 graduate of Sonora High. He played for the Sac-Joaquin Sections all-time highest game winning coach, Rick Francis. Hoyt also played collegiate basketball at Columbia College from 2003-2005 under Coach Rien. He continued his education at California State University Fresno earning a Bachelor of Science degree in Kinesiology in 2008 and a Master’s Degree in Sports Science from the United States Sports Academy in 2011.

Hoyt will be the ninth Head Coach in the history of Columbia College. For the past six years he has been an assistant coach at both Reedley and Cabrillo College.