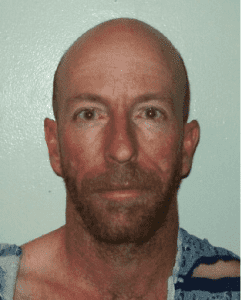 Sonora, CA — A man was arrested over the weekend after leading the Tuolumne County Sheriff’s Department on a high speed chase.

The Sheriff’s Office reports that 43-year-old Douglas York was riding his motorcycle Saturday night on Greenley Road, and an official attempted to pull him over for not having taillights. York instead accelerated, and a chase ensued over to Mono Way, and eventually towards the Junction Shopping Center. Additional officials began responding, as the chase went through the Junction, and eventually over to Tuolumne Road. York soon crashed his bike into a culvert along the side of Tuolumne Road.

York was booked into Tuolumne County Jail. He was found to be in possession of methamphetamine. The chase happened at around 11pm.