Shovel Turned Into Weapon During Fight 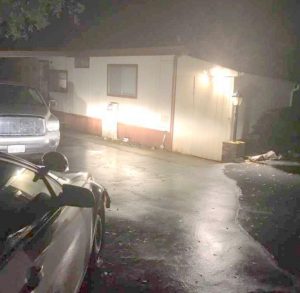 Columbia, CA — A verbal argument erupted into a shovel attack and landed a Columbia man behind bars for assault with a deadly weapon.

Tuolumne County Deputies responded to a home on Glory Gulch Road in Columbia for a report of a domestic dispute on Wednesday around 11 p.m. Once on the scene, they discovered that the incident began as an argument, but quickly escalated into a physical fight.

The victim relayed that 59-year-old Scott Sala allegedly picked up a shovel and began swinging it, hitting the victim on the leg. Deputies could see visible injuries on the victim that included redness and bruising. It is unclear what sparked the argument that led to the shovel attack.

Along with his red, watery eyes and slurred speech, deputies also say they detected the odor of alcohol on Sala. He was taken into custody without incident for assault with a deadly weapon. Sala’s blood alcohol level was .20. His bail was set at $40,000.