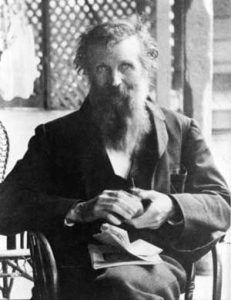 The celebrated naturalist documented his travels across the Sierra Nevada and was instrumental in the founding of Yosemite National Park. Here is the Governor’s proclamation:

“John Muir (1838-1914) was a giant of a man. His vision of the pristine landscape as a source of spiritual renewal has become central to our understanding of the relationship between humanity and nature. In addition to his scientific discoveries, engineering innovations and writings that still inspire us today, Muir’s advocacy was instrumental in the creation of the National Park System, one of the world’s great ecological treasures.

It is a tribute to the beauty of our state that this consummate lover of nature chose California as his home. In return, California has honored him many times over. In 1976 the California Historical Society named John Muir “The Greatest Californian,” and our state quarter, issued in 2004 by the United States Mint, bears his image. Numerous parks, trails, roads, schools, and other places around the state are named after him. John Muir Day was established in 1988, the 150th anniversary of his birth, by a unanimous vote of the Legislature. Today, as a way to honor Muir’s teachings and help keep his legacy alive, I suggest a visit to one of California’s public open spaces-national park, state park or any other unspoiled wilderness-which he strived so zealously to preserve.”