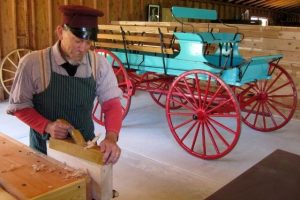 Angels Camp, CA — Angels Camp Museum has a new director. She is Kimberly Arth. Arth comes from Phoenix Arizona where she was the director of the Deer Valley Rock Art Center for six years.

Angels Camp Museum Officials says she has experience in community outreach and partnership building. They also tout her development of innovative programs that focusing on learning.

Arth replaces Craig Hadley who was fired in September of last year by City Administrator Michael McHatten. Back then, McHatten said he could not talk about Hadley’s termination due to confidentiality reasons.