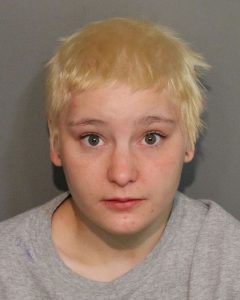 Angels Camp Police officials reported Tuesday afternoon that they were notified on Monday morning around 4:30 that a victim had arrived for emergency care after being involved in a physical fight within the 600 block of Stanislaus Avenue, Angels Camp.

Speaking with the victim, police learned that Kayla White of Angels Camp had allegedly attacked the victim with a rock, which resulted in major head injuries. Officials say White was located a short time later and subsequently booked into the Calaveras County Jail.