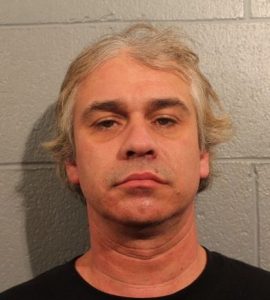 Angels Camp, CA — A motorcycle that was reported stolen on March 30th was returned to the owner and three men are charged with the theft and criminal conspiracy.

The motorcycle was taken from inside of a building in the 400 block of North Main Street in Angels Camp. An investigation revealed the stolen motorcycle was being stored at a residence in the 6000 block of Possum Trail in Murphys.

On April 1st an officer from the Angels Camp Police Department and a deputy from the Calaveras County Sheriff’s Office recovered the stolen motorcycle. They also recovered a stolen custom made mechanic’s “creeper”.

Recently, the Angels Camp Police Department investigator at the Calaveras County Jail interviewed David P. Cline, a 29 year-old Murphys resident, in custody on unrelated charges. Cline was found to be related to the motorcycle theft and is charged with commercial burglary, vehicle theft, criminal conspiracy, and possession of stolen property.

Dale L. Hines, a 56 year-old Murphys resident, was interviewed also in connection with the theft. He was arrested and booked into the Calaveras County Jail on charges related to possession of stolen property and criminal conspiracy.

According to the Angels Camp Police Department the investigation is still open and ongoing.