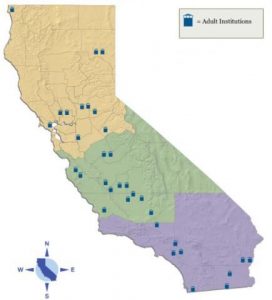 The 16th Semi-Annual Report provides an assessment of 278 cases from July 1 to December 31, 2012. Those cases represent 22 percent of 1,074 cases that were that were forwarded to the department’s central intake panel for evaluation.

The Associated Press found in the report an incident in which a California parole agent was accused of soliciting one of his parolees to kill another. Another incident involved a prison guard who was suspected of joining prisoners as they drank a form of booze the inmates manufactured themselves. In another case, a prison guard allegedly stripped off his duty weapons to duke it out with an inmate, then encouraged other guards to cover up the fight.

Details such as where the incidents occurred or what happened to the employees are not in the report. The report is to evaluate how effectively the state prison system hires and polices its sworn peace officers.

The report states “32 percent the south region still has the highest insufficiency rating of the regions. However, while this report shows significant room for improvement, it does not necessarily reflect the most recent efforts and pledge to improve by CDCR and their south region Employment Advocacy and Prosecution Team. Many of the insufficient cases were already in process at the time of our last report. The Office of the Inspector General is optimistic that future ratings will improve.”

The Sierra Conservation Center is located in the Northern region in Tuolumne County as per the map from the corrections department’s website.

AP says that neither the corrections department nor the union representing prisons guards had commented on the most recent report.

The report is available in two volumes at www.oig.ca.gov