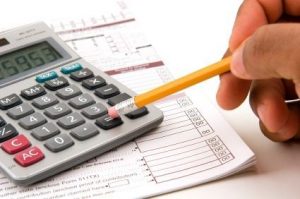 The National Federation of Independent Business/California, released a study on the impact of Assembly Bill 10, which would increase California’s minimum wage to $9.25 per hour in the next three years.


AB 10 would also provide for future increases in the minimum wage depending on future inflation.


“Unfortunately, the results of this study on the effect of Assembly Bill 10 aren’t a total surprise,” said Kabateck. “Our members have been telling us for years that they cannot afford extra costs to their bottom line with the current business climate in California.”

The study, conducted by NFIB’s Research Foundation in Washington D.C., found that the long-term effect of AB 10 would be the loss of jobs and economic productivity in the state.

Depending on the future rate of inflation, the passage of AB 10 could result in more than 68,000 jobs being lost in California over a ten-year period and a reduction in real output of $5.7 billion.

“The news that more than 63 percent of the 68,000 lost jobs would be from small businesses is a terrifying prospect,” continued Kabateck. “Our small business members continue to be pessimistic about the economy and job creation. The passage of legislation like AB 10 would only suppress any plans they have to hire and grow their businesses.”

“Now is the time for our legislators to put forth policy that encourages job growth by reducing regulations and taxes, and providing incentives for small businesses to create jobs. This bill sends exactly the wrong message at the wrong time.”

Public hearings at the Capitol on the minimum-wage hike are set for April 24.

The full study can be found here: http://www.nfib.com/LinkClick.aspx?fileticket=zQxnYkqQWV0%3d&tabid=1083