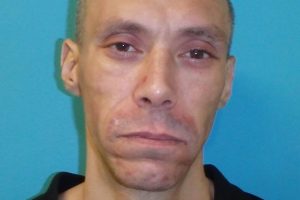 Sonora, CA — The Sonora Police Department reports that a man that officers have been trying to capture over the past three months was taken into custody and arrested.

Referring to it as a bit of “hide and seek,” the SPD reports that officers had attempted to arrest 35-year-old Troy Loveday on three separate occasions but each time he ran away and disappeared into thick brush and trees. Loveday had four outstanding felony warrants for his arrest, and three additional misdemeanor charges were requested against him for running from police.

Sunday morning officers followed up on a tip and visited a camp in the city limits and approached a tarp structure. A woman came outside and claimed that no one else was inside. However, Loveday was spotted inside while trying to hide behind a love seat. He was arrested and booked into county jail for his various warrants.