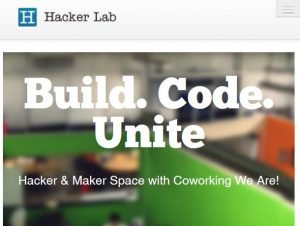 Sonora, CA — Tuolumne County Economic Development Authority Director Larry Cope presented information to the Board of Supervisors on what the EDA has been doing. He also discussed what they will be doing and explained budget requests for next year.

Cope reports, “We have done what we can with retention and expansion, refilling the retail buildings. At this time we only have one retail building, the former Sonora Carpet Mart location in Sonora Plaza, that is empty.” He says, “I was at the ICSC (International Council of Shopping Centers) last week and talked to clients. Keep your fingers crossed that we should be able to get that last 20,000 square feet filled.”

Cope says now they are going to focus on the new economy of growing existing “innovative” companies and provide a forum to attract new businesses. He states, “We have a fair amount of innovators and makers in Tuolumne County. We want to tap into something that we already have here and grow those type of businesses. How you grow those type of businesses is you provide resources and locations for them to be able to do that.”

Hacker Lab in Sacramento is an example of what Tuolumne County might do, a representative is coming to Tuolumne County to see if we have the key components for an InnovationLab. Cope says innovation is not all high tech, makers are; welders, robotic designers, woodworkers, anyone with a talent who can build something.

Hacker Lab in Sacramento is an example of an InnovationLab, it allows hardware, soft ware, agricultural companies to grow organically and co-mingle in a working hub. Cope says “It is not always all about offices or renting out office space. Its about collaboration and getting people to work together, education and networking.” Cope says people will meet because there will be opportunities for ongoing education and training in a wide variety of things including robotics, hardware, and software. He hopes to help people to grow their ideas to the next level. Cope cited several unique solutions locally to different problems.

On a recent trip to Bend, Oregon Cope found out about a venture capitol funding system and already has local investors interested in an “Angel and Venture Capital Fund”.

In August a study to determine if there are enough makers locally to warrant a Innovation Lab like the one in Sacramento will be completed and they are planning a Venture Conference event.

Cope reported that the Central Sierra Economic Development District is completely up-to-date with every EDA requirement. He says, “The only thing that is holding them back from doing anything new is federal sequester cuts have put EDA staff on furlough.” The Central Sierra EDD is one of six federally approved districts in the state that receives money from the EDA for projects. Tuolumne County Board of Supervisor Randy Hanvelt says, “The real truth is the use of Mr. Cope and EDA of Tuolumne County basically saved the Central Sierra EDD from total demise and retained the opportunities afforded us by that…and that is a big deal.”

Cope’s anticipated overall budget including the new training, workshops and partnerships in 2014 is $342,400. That is down from $343,642 in 2013 which is funded by the City of Sonora, Tuolumne County, CSEDD Contract revenues and City of Sonora Micro-Enterprise revenues.