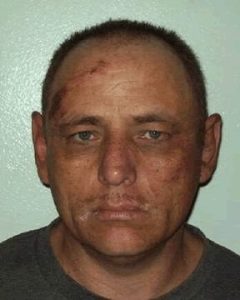 Tuolumne, CA — A Tuolumne County man who has been on the run from law enforcement was recently captured.

The Sheriff’s Office reports that Charles Thomas Anderson, 43, was arrested at a home in Tuolumne. Officials received an “anonymous tip” that Anderson was at the residence, and a deputy went and placed him under arrest.