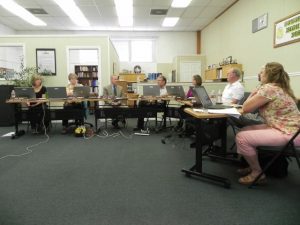 Summerville Superintendent John Kieter says, “I did ask the board at the end of the meeting to direct their Principal and Athletic Director to advocate the Sac-Joaquin Section to have Sonora High go into the other Division 5 League. That way we can both be in Division 5, but they would be in the Trans Valley League and we’d stay in the Mother Lode League.”


The Trans Valley League has seven teams including Escalon, Modesto and Riverbank. The Sac-Joaquin Section realignment committee held a public hearing in January for schools proposals to change leagues. At that time Sonora’s Principal recommended they switch to the Mother Lode League.

Keiter says Sonora’s Board gave them no indication on whether they would honor Summerville’s request but says, “We’ll see how it’s received, if there is any activity at the Section meeting which is next week and if there is a consideration of that. We expect their Principal or Athletic Director to bring it forward to the section. We just don’t want our kids to be put in the position of being winners and losers in this county.”

The next Sac-Joaquin Section meeting is Tuesday, March 12th in Stockton.