Taking On The Fair Funding Challenge 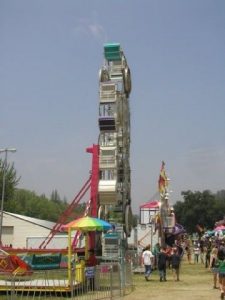 Sonora, CA — A local marketing and promotions expert is taking on the job of part-time Mother Lode Fair Manager in Sonora. Don Bean is a former Twain Harte resident and the owner of B 3 Management Inc. in Modesto. He is currently the Director of Special Events for Save Mart Corporation.


President of the Fair Board Marge Kiriluk says Bean was chosen out of 30 applicants, “We’re hoping that he’s going to do some marketing to bring us more sponsorships, more businesses to sponsor more activities at the fairgrounds and also dollar marketing. You know, we lost almost $200,000 from the state and we have to make up that money. We are looking to him to help get events that will bring money back into our fairgrounds, so marketing is a real strong thing and sponsorships. This is what a lot of fairs are surviving on right now.”

Kiriluk says Bean will work one or two days a week at $25 an hour. He is replacing former Fair Manager Jan Haydn-Myer, who retired after nearly 12 years on the job to spend more time with her family. Haydn-Myer had considered leaving last year, but instead went from full-time to part-time after Governor Jerry Brown pulled all state funding in 2011.