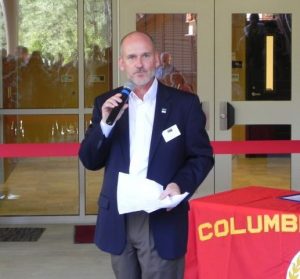 It is effective April 30th. Little is known as to why Gervin was placed on administrative leave earlier this week, and eventually fired last night. The Modesto Bee reports that Board members were tight lipped after returning from closed session on the topic, only stating that it was due to a recent performance evaluation.

Leslie Buckalew, the college’s Vice President of Student Learning, will fill the role of President until a permanent replacement is selected.