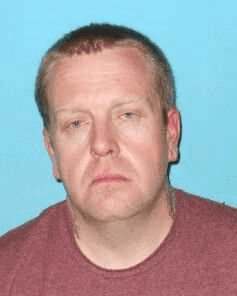 Sonora, CA — Spying the suspect of a recent home burglary in downtown Sonora, deputies pulled him over and found incriminating items in his vehicle tied to the theft.

According to Tuolumne County Sheriff’s spokesperson Sgt. Andrea Benson, 38-year-old Cyrus Cole of Tuolumne was driving his Chevy van on Snell Street when a deputy made the traffic stop due to an outstanding misdemeanor warrant. Investigators had already potentially tied him to a residential burglary that occurred last Friday afternoon in Columbia on South Airport Road.

A subsequent vehicle search turned up heroin and methamphetamine along with jewelry, credit and identification cards that did not belong to him but matched items reported stolen from the Columbia home. Benson adds that Cole admitted to taking the items from the house.

Cole was booked into the Tuolumne County Jail on fresh charges of: burglary, possession of drugs and drug paraphernalia; for possessing credit and ID cards not belonging to him; also, for failing to appear on his previous misdemeanor drug paraphernalia charges.