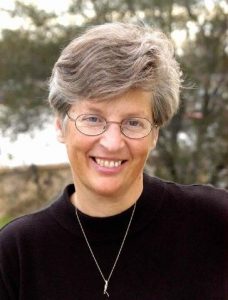 S.R.T. is a professional non-profit theater that includes two theaters. The main stage is known as the “East Sonora” Theatre. The second stage is at the Fallon House Theatre, located in Columbia State Historic Park.

Since 1980, Sierra Rep has focused on its original mission: to present audiences with a broad range of theatrical literature at the highest production quality possible; to pay artists and staff a living wage and to make a vibrant contribution to our community’s economy, culture and spirit.

The five original founders of Sierra Rep included Jones herself, David and Kathryn Kahn, Doug Brennan and Dennis Jones, who all met at the Fallon House Theatre while doing summer stock performances with the University of Pacific drama program.

As the five worked on sets, costumes and sat together talking late into the night, the idea of Sierra Rep was planted and nurtured. Their dream was to establish a professional performing arts center in the Mother Lode and draw professional artists by the level of art created here.

“At the time, there was no other live theater up here”, said Jones.

They first converted a tin warehouse into a rustic 99-seat theater in East Sonora.

Thirty-four years later, their shoestring venture has blossomed into a professional arts organization renowned nationwide. Sierra Rep consistently earns ovations from audiences and the press, and top ratings for artistic and management excellence from the California Arts Council and the National Endowment for the Arts.

Returning to its roots in June of 1997, Sierra Rep was selected as the resident theater company at the Fallon House.

With both theatres, S.R.T now presents nine shows per year and has a staff of twenty-five. S.R.T. also employs more than 100 artists per year, and holds a contract with Actors Equity Association.

This Saturday night’s opening gala is sold out, however Jones said that (as of this morning) seats are available for every “Buddy Holly” show from Sunday through the end of the show’s run on April 21st.

For more information regarding the upcoming new season, call (209) 532-3120 or click on http://www.sierrarep.com