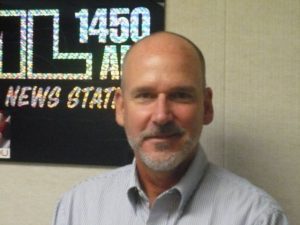 Columbia, CA — The President of Columbia College is on leave, but no one is saying why at this time. Columbia College’s President, Dr. Dennis Gervin, officially went on leave yesterday. There is speculation that Gervin was put on leave due to the College being in risk of losing some of its accreditation. The Yosemite Community College District Chancellor’s Office would not confirm or deny that fact. Also, Chancellor Joan Smith was not available for comment.

Smith’s Office referred the question to the District’s Public Information Officer Nick Straviandoukis who gave us this statement, “I can confirm that Dr. Gervin is on leave effective the 25th of February through an email that was sent to all staff. However, I have no other information to share at this time other than while he is on leave the acting President will be Dr. Leslie Buckalew. She is currently Columbia College’s Vice President of Student Learning.”

Staviandouckis says there is no word on when or if Gervin will return to the post.