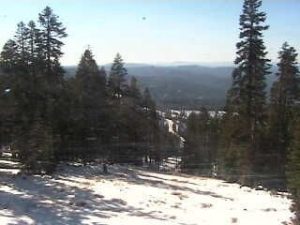 
Mikayla Feriani with the Tuolumne County Transportation Council and Tranist Agency was Thursday’s KVML “Newmaker of the Day”.


Feriani said that Tuolumne Public Transit did  suprisinglywell during the week’s snowstorm.


“Considering the road conditions and numerous circumstances affecting the roadways, we were very happy with the overall performance,” said Feriani.


The agency plans to bring back YARTS in May.

In 2012, the $25 daily service (which included park admission) began on May 14 and ended on September 30. The service was considered a great success. On Saturday and Sunday there were two additional runs starting from and returning to, Groveland.

For more information on all of the services offered, log on to http://www.tuolumnecountytransit.com/#transit