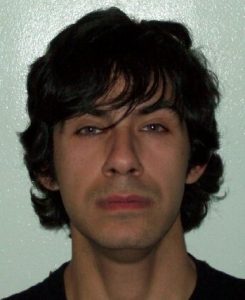 Jamestown, CA — A Sonora man has been arrested for a stabbing in Jamestown.

Sgt. Jeff Wilson says the Tuolumne County Sheriff’s Office received a 911 call over the weekend from a man claiming to have just committed a stabbing in the 18000 block of Sierra Avenue. Deputies responded to the residence and took the suspect, 20-year-old Michael Anthony Gilbert, into custody. They found that 41-year-old Joseph Debeau of Jamestown had been stabbed multiple times in the upper body and neck. Debeau was transported to a Modesto Hospital where he remains in serious condition.

“The cause of the dispute, and the resulting violence, is under investigation,” adds Sgt. Wilson.

The stabbing occurred at around 11pm on Saturday.