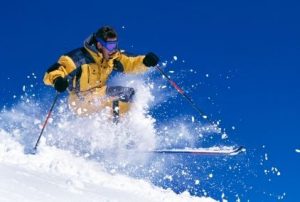 A Winter Weather Advisory issued by the National Weather Service remains in effect for the Mother Lode above 2000 feet, through 11 PM Tuesday.


Additionally, a Winter Storm Warning remains in effect for the Sierra Nevada through 10 PM on Tuesday.

An additional three inches of snow accumulation is likely above 2000 feet. Half a foot to a foot of snow could fall above 3000 feet.