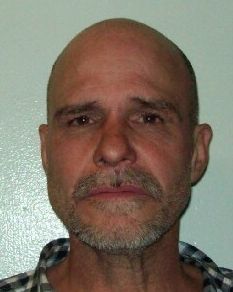 Jamestown, CA — A Sonora man was arrested after he allegedly got into a scuffle with his elderly mother.

Deputies responded to a residence in the county on Thursday night and found a 75-year-old woman that was bleeding and had large bruises on her right arm. An ambulance was called to assist.

The woman claimed that her son, 51-year-old Scott Allen Wagner, came to her house and threatened to kill her. He allegedly lit a cigarette several times and held it close to her oxygen tank. The woman then turned off the tank for fear of an explosion. She says she attempted to call 911, but Wagner forcefully took the phone from her, causing her injuries. He then left the area on foot.

At 10 o’clock last night Wagner called the Sheriff’s Office from a gas station on Highway 108 near downtown Jamestown. He stated he was armed with a gun and knife, and simply wanted to go to jail. Deputies came and obliged his request. Wagner faces charges of elder abuse, battery, public intoxication, and other items.