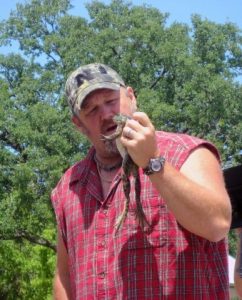 Angels Camp, CA — The Fair Board for Calaveras County met last night to finalize some items related to this year’s event, and look ahead to the future.

It has been an uncertain time for fairs across the state, as California completely cutoff subsidies for county fairs last year. Calaveras County Fair Manager Laurie Giannini says this did not slow down the fair’s momentum. “We actually had a very successful year because the community really took ownership, and became involved in so many new ways,” she says. “We are just building on what we started last year.”

Giannini says the fair leaders have had to look closely at any way to cut costs and generate new revenue. “Part of it is just looking at expenses, like people do in their own homes,” she says. “Things like, do we really need to run the power today.”

The new strategy is working thus far, as the fair has a reserve fund for the first time in ten years. This is despite not receiving the state funding all last year. She notes that the Fair Board also works closely with the non-profit “Friends of the Fair,” which is a big help in raising money for facility improvements and special events. They recently put a new roof on the Floriculture Building, and also now manage alcohol sales at the fair.

Last night, the Board discussed some long term projects they’d like to see completed over the coming years. They include adding air conditioning to the Mark Twain Hall and Frogeteria, as well as possibly adding another stage.

This year’s Calaveras County Fair and Jumping Frog Jubilee will run May 16-19. The slogan for 2013 is “Country Roots and Cowboy Boots.” Giannini notes that a preview event is being planned for Mid-March where the public can get a look at this year’s fair, and find out about ways that they can get involved to help the event continue into the years ahead.