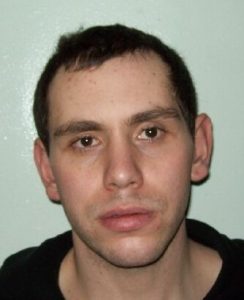 Tuolumne, CA — Drugs were found at a home in Tuolumne yesterday afternoon, but the main person wanted in connection remains at large.

Members of the Tuolumne Narcotics Team, Sheriff’s Office SWAT Team, State Parole, and Sheriff’s Office Patrol Division served a warrant at the home of 43-year-old Charles Thomas Anderson at 19554 Mi Wu Street. Officials had learned that “illegal narcotics activity” was taking place at the home. Sgt. Jeff Wilson says the SWAT Team assisted because the warrant was considered “high risk.” Officials heard that high powered weapons may be in the home, and there were some recent threats made against law enforcement.

Officials did not find weapons, but did confiscate 100 grams of methamphetamine, packaging materials, smoking pipes and other paraphernalia. Anderson was not in the home at the time of the warrant, but five other people were located. One was 28-year-old Eric James Bailey, who was being sought for the sale, possession and manufacturing of methamphetamine. Bailey was booked into Tuolumne County Jail.

Anyone with information on Anderson’s whereabouts should contact the Sheriff’s Office. Anderson was in the news for an incident in 2006 as well. Click here to find the story.