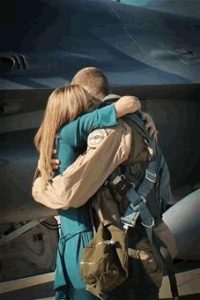 Officials have located the body of Captain Lucas Gruenther, a Tuolumne County native.

Moments ago the family of Gruenther released the following statement through the 31st Fighter Wing.

“It is with great sadness that we announce that the body Captain Lucas Gruenther was found in the Adriatic Sea. A compassionate husband, a loving son, and a devoted brother; Luc leaves behind a family who loves him dearly and a legacy of achievement. We will never fully recover from our loss, but take heart in the knowledge that during his all-too-short time in this world, he made a significant difference in the lives of all whom he met. We would like to thank the people around the world for your messages and your prayers. We especially want to extend our deepest gratitude to the many people who volunteered their time and resources to help bring Luc home.”

In an earlier statement from the 31st Fighter Wing the family noted that his wife Cassy is weeks away from delivering the couple’s first child, which they have named Serene.

Gruenther was a 1999 Summerville High School graduate. His body was located following an extensive search that began Monday when his plane went down near the Italian coast.