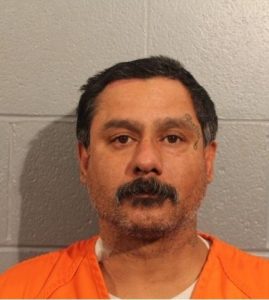 Angels Camp, CA – It happened on Sunday just before 10 p.m. at a home on the 700 block of Tuolumne Avenue in Angels Camp. Angels Camp Police responded to a call of a domestic disturbance involving a person armed with a knife.


At the scene, they found 43 year old Victor Martinez of Angels Camp with a nearly six inch cut on his left arm. Police say Martinez was stabbed during a fight between him and a woman.

Martinez was arrested and taken to Mark Twain Medical Center for treatment, but was later taken by ambulance to UC Davis Medical Center for additional treatment.
Police say the woman involved in the dispute was also arrested, but state law prohibits them from giving her name.

Click here for a map of the incident area.