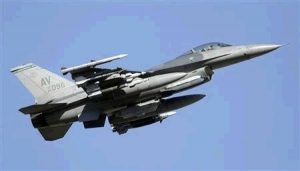 Twain Harte, CA — The Military is now confirming a missing pilot is 32 year old Captain Luc Gruenther of Twain Harte. He is the Chief of Flight Safety for the 31st Fighter Wing.


The Wing released a statement that controllers lost contact with the F-16 after it took off from Aviano Air Force Base in Italy on Monday evening. They say Gruenther was conducting a night training mission and the last sighting of the plane was nearly 10-15 nautical miles off the coast of Cervia in the Adriatic Sea.

Italian wire service ANSA reports Aviano Officials told them that Gruenther signaled a “problem” but did not specify what it was and then communications were lost. The Wing says F-16s never fly alone and it was part of a formation. However, they declined to say what the other pilots in the air may have seen.
Wing Officials say Italian search teams have recovered debris believed to be from a U.S. Air Force F-16 Fighting Falcon.

The Associated Press reports that weather was poor at the time that the plane vanished. Visibility was limited and there was sleet and rain.

In a released statement, Wing commander Brig. Gen Scott J. Zobrist says, “Our thoughts and prayers are with Captain Gruenther and his family.” Gruenther is a 1999 Summerville High School graduate. He is married to another Summerville graduate, Cassy Williams. She is expecting their first child.

The Wing says both American and Italian personnel will continue to search through the night.