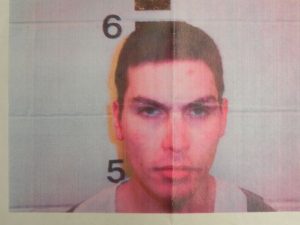 Twain Harte, CA — A car dumped near Twain Harte leads to a Colorado mans arrest. The CHP reports 35 year old Vicente Ascension Alvarez was arrested on a Montezuma County, Colorado warrant for auto theft on Wednesday around 11a.m. But you have to go back a month to get the full story that led to his arrest.


The CHP say officers found a stolen car still intact, left on the side of Highway108 between the two entrances to Twain Harte in December. When they ran the plate of the car they found it was stolen. Officers were able to locate Alvarez thanks to a Deputy from the Stanislaus County Auto Theft task force who told him Alveraz was actually living in Twain Harte. When CHP officers arrived at a home on the 22,000 block of Fuller Road, Alvarez took off running out of the back of the house, but was caught.

CHP Officer Nick Norton says, “Alveraz was in Colorado and stole a car and basically used it to get here. He never told us why he came here and we don’t know if he has any prior affiliation with the area at this time.”

Norton says Alveraz will be extradited back to Colorado to face auto theft charges.