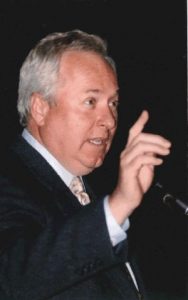 Tuolumne, CA — Summerville High School will begin the search for a new Superintendent.

Dr. John Keiter announced at a faculty meeting this morning that he plans to retire, effective June 30th. Keiter was appointed Superintendent back in 2003. Keiter has stated that some of the highlights of the past 10 years include modernizing the cafeteria wing, the gym and locker rooms, the industrial arts wing, maintenance facility, and the home economics/administration wing. Connections Academy has also seen growth over the past several years.

The next Superintendent will have the task of helping to oversee the recently approved $8 million bond extension. Updates will be made to technology, sports fields, and the art facility.

Dr. Keiter will help conduct the search process for his replacement. A new Superintendent is expected to be named by April. The announcement also applies to his Superintendent duties with the Twain Harte-Long Barn School District.