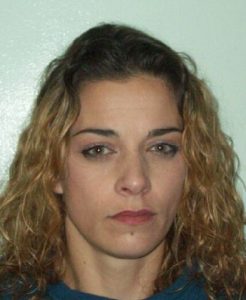 Jamestown, CA — SWAT Teams raided Rosalinda’s Gentlemen’s Club in Tuolumne County late last week, after receiving a tip that a Modesto burglary suspect may be at the business.

Sgt. Jeff Wilson of the Sheriff’s Office says the reason the SWAT team was called in is because the suspect was said to be armed, and was known to wear body armor. At one point, tear gas was shot into one of the hotel rooms that suspect was believed to be staying. A robot with a camera was later sent into the room, but could not locate the man. Officials believe the unidentified man must have fled the area shortly before the SWAT Team arrived.

A woman that was traveling with the suspect was arrested. She is 29-year-old Tanisha Flaherty of Modesto. Two others were arrested for unrelated matters. 37-year-old Stephen Frederick was also taken into custody when deputies found that he had a parole violation. Another woman at the business, 28-year-old Nicolet Schmidt, was arrested for having a concealed firearm in her possession.

The incident occurred on Friday evening. The Modesto Police Department is leading the effort to find the burglary suspect.