Update: Man Found Deceased Off Highway 120 Was From Lodi 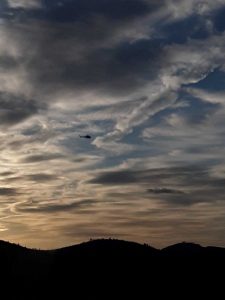 Update at 11:30am: The CHP has identified the man killed in the crash as Nelson A. Valdez. You can find more details below.

Original story posted at 9:20am: Moccasin, CA — The CHP has released new details about a vehicle accident that occurred on Highway 120 east of Grizzly Road.

Officers were notified yesterday afternoon that a citizen had spotted a potential vehicle down an embankment. The person was out on a hike and located a vehicle with binoculars.  Officers responded, as well as a helicopter overhead, and after an extensive search, located a 2003 Honda Accord about 200 feet down the embankment. While continuing to search the area, the body of a deceased man was found nearby. The CHP reports that the 22 year-old had been reported missing out of Lodi on January 24. The CHP also earlier indicated that it is unclear when exactly the crash occurred. The victim was not believed to be wearing a seatbelt at the time of the crash.

An investigation into the incident is ongoing. The CHP adds that an autopsy is pending which will help determine if drugs or alcohol could have played a factor in the crash. The name of the man has not been released.