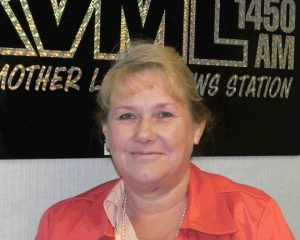 Sonora, CA — The Tuolumne County Board of Supervisors unanimously decided that the top priority for 2019 will be fire safety and resiliency.

We reported earlier that Supervisor Sherri Brennan has been tabbed to chair a newly formed Tuolumne County Fire Safety Task Force Committee. The issue of fire will be front and center ahead of the upcoming summer season, as leaders are developing both short and long term strategies.

Providing an update to Clarke Broadcasting, Brennan says, “We will take a comprehensive approach and utilize a plan similar to our tree mortality task force, assessing local communities, and identifying specific needs. It is included, but not limited to, vegetation management, ingress and egress, communication capacity and safe zones.”

Brennan adds that solutions will be implemented, and framed, so that they can be duplicated. The county met with the director and deputy director of CAL Fire on January 14 to begin formulating a local approach, and the plan was sent to the CAL Fire headquarters last week for review.

Brennan adds, “Additionally, we have received a $1.7-million grant for roadside brushing and defensible space, for vulnerable populations. The roadside brushing began two weeks ago, and the defensible space work will begin in April. There will also be community forums in March focused on education and resources available for private property owners in each of the five supervisor districts.”

The supervisors are also planning to hear progress reports each month related to the fire initiative, during the third week of the month, during the regular meetings.