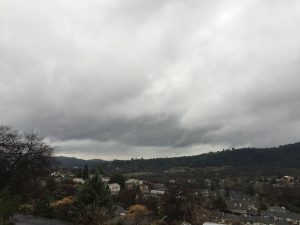 The National Weather Service has issued a Flood Warning for small streams in southwestern Tuolumne County until 6 PM tonight.

Flooding has been reported in eastern Stanislaus County and western Tuolumne County, including along J-59, Chinese Camp, La Grange and the surrounding area.

Radar has estimated that three to five inches of rain fell yesterday between noon and 4 PM.

Runoff from the heavy rainfall will continue to cause many streams to flood.

The Winter Storm Warning issued for the Sierra Nevada remains in effect through 4 PM Tuesday.

A storm with much colder temperatures will arrive Monday and Tuesday.

Therefore, a Winter Storm Warning has been issued for the Mother Lode from 4 AM Monday through 4 PM Tuesday.