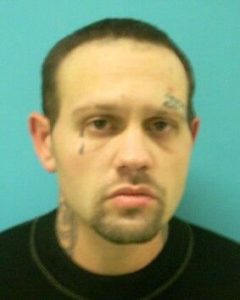 Sonora, CA – Sheriff’s officials say they have arrested a man who reportedly beat and stranded his victim alongside Highway 108 near the Mono Way exit before taking off in her vehicle.

According to Tuolumne County Sheriff’s spokesperson Sgt. Andrea Benson, deputies dispatched to that area of the highway in Sonora Tuesday morning in response to a call in report of a domestic disturbance.

On scene, they learned that 27-year-old Jesse Newton, Jr. had punched the victim in the face several times while driving a GMC Yukon in which she was riding as a passenger. Sgt. Benson adds that after he pulled the SUV over the attack continued until he forced her out and took off with the victim’s vehicle and phone.

In the early hours Wednesday, Tuolumne County deputies were notified that Newton was arrested in Oakdale with a stolen vehicle and transported him back to the Tuolumne County Jail. He was charged with spousal battery, robbery, and vehicle theft and placed on a parole hold.