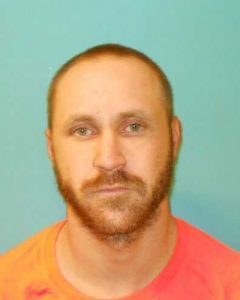 Soulsbyville, CA – A pit stop at a local gas station resulted in the seizure of drugs and a loaded flare gun.

The arrest took place at the Outpost Gas Station in Soulsbyville recently when an Tuolumne County Sheriff’s Deputy pulled up to check on who was behind the wheel of a black Chevrolet Silverado pickup. The driver was 36-year-old Joseph Eastman of Sonora who has a suspended driver’s license and is a convicted felon, according to sheriff’s spokesperson Sgt. Andrea Benson. Eastman was found with nearly 6 grams of methamphetamine on him. Sgt. Benson also noted that he had a loaded flare gun, which he is not allowed to have due to being a felon.

A check of his passengers, 27-year-old Alex Tresise of Columbia and 32-year-old Roy Chandler Jr. of Sonora, revealed that both had felony and misdemeanor warrants out for their arrest. Additionally, about a gram and a half of methamphetamine was discovered on Tresise and Chandler had some drug paraphernalia.