So Far A Banner Year For Sierra Snow 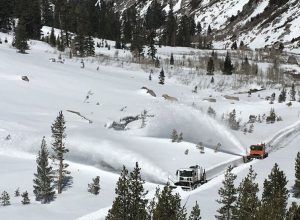 Sonora, CA — While more is still needed to keep pace, the statewide Sierra Nevada snowpack is now 111-percent of average for the date.

That’s according to the California Department of Water Resources electronic sensors placed throughout the Sierra Nevada. The northern Sierra is at 113-percent of average, the central Sierra (which includes Tuolumne and Calaveras counties) is 110-percent and the southern Sierra is also 110-percent. The figures were boosted by the precipitation received over the past week. DWR started recording the official snowpack readings in the early 1960’s, which helps form the basis of the average figures.