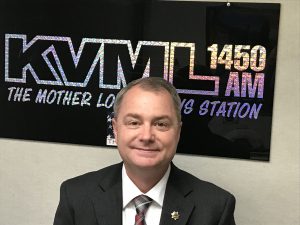 Sonora, CA — This weekend is a chance to hear from Tuolumne County Sheriff Bill Pooley.

On Mother Lode Views he will highlight recent crime trends in the community. The Sheriff will also give an update on the construction of the new jail and talk about new initiatives that he is implementing.

Pooley stepped in as the acting sheriff this past summer following the retirement of Jim Mele, and during the first week of January he was officially sworn in to start his four-year elected term.