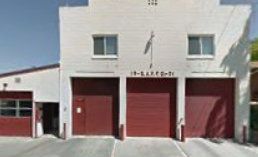 San Andreas, CA — A late night structure fire kept firefighters busy in Calaveras County. CAL Fire reports a neighbor reported hearing a fire alarm going off and smelling smoke around 12:30 a.m. in the 450 block of Foothill Court near Lewis Avenue in San Andreas.  Crews were able to knockdown the blaze that broke out in a bedroom of the duplex quickly. CAL Fire reports there was no extension into other areas of the home. Full containment was called just before 1 a.m.

No residents were home when the fire broke out.  The home sustained minimal damage. Fire crews remained on scene for about an hour mopping up. CAL Fire reports what sparked the blaze is under investigation.