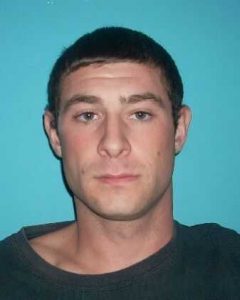 Tuolumne, CA — After initially escaping, the Tuolumne County Sheriff’s Office reports that a man who allegedly led deputies on a chase in the Tuolumne area was arrested.

The sheriff’s office reports that 22-year-old Dillon Storm was driving a 2006 silver Kia when an official tried to pull him over near Carter Street. He was driving with an inoperable license plate light and broken tail light. Instead of pulling over, the sheriff’s office says Storm accelerated. He eventually lost control of the car, hit some bushes and rocks, and rolled over into a county electrical box. He then jumped out of the car and took off running.

He was at-large until over the weekend, two days later, when he came to the sheriff’s office to give a statement regarding the incident. He had learned that he was wanted. After giving an interview with officials he was placed under arrest and booked into county jail in connection to the incident.