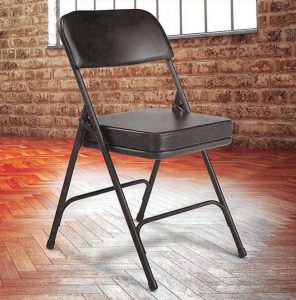 Sonora, CA — The Sonora City Council will discuss chairs at the Opera Hall, a study regarding the potential Linoberg Street closure, and a traffic circulation project near the Red Church.

The first council meeting of 2019 begins at 5pm today at city hall. The city leaders will vote whether to accept a donation of $5,000 from the Sonora Chamber of Commerce to help purchase new padded foldup chairs for the Sonora Opera. The venue is utilized by the chamber for its Friday Flix movie series and the organization would like to provide guests more comfortable seats. The total cost to purchase 200 chairs, plus a cart to transport them, is $6,840, so the city would have to allocate an additional $1,840.

The city will also review the findings of a draft mitigated negative declaration environmental review for a proposed plan to permanently close Linoberg Street. A closure would allow it to be used as a park and to host outdoor events like concerts. There were comment letters received about the project, but none contained environmental issues that CEQA requires to be addressed. Letters were received from agencies like Caltrans and the Central Valley Regional Water Quality Control Board. The council will vote to accept the findings of the study and declare that the proposed project would have no significant impact on the environment.

Also, the city will review the latest update on plans to make traffic circulation improvements near the Red Church.

The five o’clock meeting at Sonora City Hall is open to the public.