Hamilton Will Serve As Fair Board President 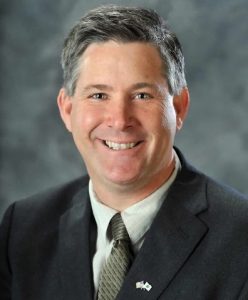 Sonora, CA — The Mother Lode Fair Board elected members to leadership posts for the New Year.

Ron Hamilton, appointed to the fair board in 2017 by Governor Jerry Brown, will be the President in 2019. He is a fifth generation Tuolumne County resident and has been active in 4-H for over 42 years. Hamilton has served as Tuolumne County 4H Council President, Tuolumne Pioneers 4H Club Leader, President of the Mother Lode Fair Junior Livestock Auction Committee and a Summerville High Ag Advisory Committee member. He also recently founded “Peaceful Journey,” the Ronald & Krishna Hamilton Parkinson’s Foundation.

Also, Peggy Lee of Sonora was elected Fair Board Vice President and Maren Paris of Sonora will be the Secretary. The board election was held during last night’s meeting.