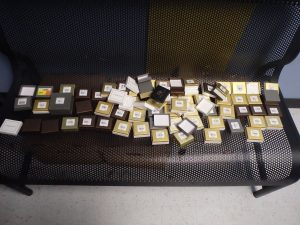 Sonora, CA — A man was arrested after allegedly stealing around $4,000 worth of jewelry from a display case at the Sonora Walmart.

The theft was caught on surveillance video, and the suspect was spotted in the store the following day running out of the automotive department exit. The Police Department responded and searched the area. The suspect, 24-year-old Steven Michaels Hoch of Sonora, was located hiding behind some bushes across the road near Lowe’s. Hoch was booked into Tuolumne County Jail.