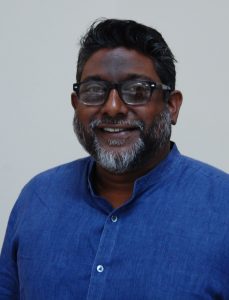 Sonora, CA – One of the Mother Lode’s most successful poverty-fighting nonprofit public agencies will shortly be looking for a new leader.

At Friday’s Amador-Tuolumne Community Action Agency (ATCAA) meeting, ATCAA Executive Director Raj Rambob formally addressed the board members, further explaining an email sent to them earlier in the week in which he tendered his resignation, effective Feb. 15, to focus on spending quality family time with his aging parents.

In an interview with Clarke Broadcasting shortly afterwards, Rambob confides that the decision to leave his position recently came to him during a hospital visit with his father, who was undergoing spinal surgery.

He emphasizes, “This change for me is not at all for me because of dissatisfaction or even disillusionment…I love the work — I love the agency…this board has been phenomenal and my colleagues are some of the best in this business.” What it comes down to, he says, is that, years from now, he does not want to look back and regret not making the decision for the sake of family when he had the opportunity.

As for the board’s plans to replace him, Rambob shares that it voted to meet monthly for the next few months rather than its usual five times a year. “They added some dates to the already approved schedule for 2019, primarily to have board-level discussion about next steps in the search process,” he explains. Since Rambob will not be leaving the region, he says he will remain available depending on the board’s needs in assisting the agency transition to a new executive director. Clarke Broadcasting reached out to ATCAA Board Chair Lloyd Schneider for further comment and await his response.

Describing his past two and a half years at the helm, Rambob describes his experience as incredible. “This is an agency that built up over 30 years and has extended its reach into important services to help combat poverty and has attracted dedicated, smart, driven people who are willing to do work that is meaningful, versus that work that pays better,” he states with reverence and a chuckle. “To get to spend my working days with folks like that…at least for me…that means the world and there is plenty of work left to do.”

Looking back on his time at ATCAA, he believes he has been able to help the organization streamline, develop more efficient internal efficiencies, including communications and recordkeeping. “The work gets more demanding because of layered requirements and expectations — and the funding is not going up commensurate to meeting those demands,” he explains. “So part of my challenge was how to take the existing workforce, help it work more efficiently to move energy and time from mundane tasks to new expectations coming down.”

From a service aspect, Rambob says he hopes and believes he helped further raise a growing level of awareness in both counties on homelessness issues. “We have been having grassroots and community meetings for two and a half years at varying levels and various settings and over the past several months the state has enacted some things that are going to bring funding down, which elevated the visibility of the conversation and concern for people living outside,” he confides.

“While I am certainly not the reason for this new awareness, I think I got to be part of an emergence of awareness, understanding and compassion towards those who are experiencing homelessness in the community,” Rambob continues. He adds, “I am excited to see the responses that respective counties in our region are taking on, to try to ease the suffering — and help support self-sufficiency.”