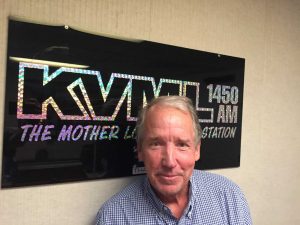 Walkin California is a new television show that will debut on PBS next week, hosted by a Tuolumne County resident.

Steve Weldon, the host of Walkin’ California, was Wednesday’s “Newsmaker of the Day”.

KVIE, the PBS affiliate in Sacramento, has agreed to be the flagship station for this new show.

Walkin’ California is about getting out of the office and off the couch and exploring all the diversity that this incredible state has to offer.

“We will take you from your living room to enjoy crystal clear mountain streams, alpine meadows, the tallest redwood trees in the world, and quaint small town Americana at its best, said Weldon. “We will walk through well known National Parks and to many of California’s hidden jewels! In exploring the geography of the state we will meet the interesting folks that proudly call our destinations “their” home.”

When asked if he is wanting to become the next Huell Howser (the late legendary host of PBS shows that showcased California), Weldon laughed and said, “No. Not at all. I don’t want to try to emulate or impersonate the late Howser. My camera guy is Cameron Tucker and he worked with Howser for eight years. He said that Howser prided himself on being a reporter. I’m trying to put a different light on the state, as I’m more of an explorer and an entertainer.”