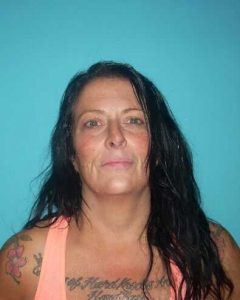 Sonora, CA — Two women were arrested after a probation search of a Sonora home uncovered evidence of drug sales – including wad of money.

Tuolumne County Sheriff’s officials report that the raid was carried out by members of the High Risk Probation Team and narcotics detectives at a house on Big Hill Road. Once inside the home, detectives found a large amount of methamphetamine, digital scales, drug packaging and paraphernalia. The search also turned up over $1000 in cash.