Burglary Report Turns Out To Be Cell Phone Charging 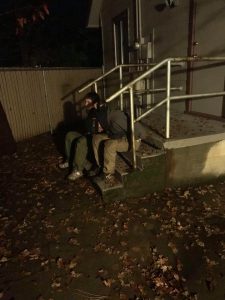 Burglary and meth arrests in Sonora

Sonora, CA — The Sonora Police Department reports that one person was arrested early this morning on a burglary charge, and a second for possession of methamphetamine, following an incident on Stockton Street.

The PD received a report of suspicious activity in the back of a business on Stockton Street near Ponderosa Drive. “Loud banging noises” were coming from the area indicating that suspects may have been trying to break into something. Officers responded and found two people inside a shed that had a broken lock. Two men were located inside charging their cell phones and battery backups. 30-year-old Jarred Travis was arrested on a charge of burglary and 37-year-old Kristopher Walters was charged with possession of methamphetamine. The PD identifies both men as transient residents that reside in the Sonora area. They were booked into Tuolumne County Jail. It happened at around 2:35am.