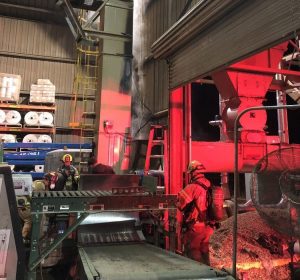 Chinese Camp, CA — CAL Fire reports there was a fire early this morning at American Wood Fibers on J-59 in the Chinese Camp area.

CAL Fire Spokesperson Lindy Shoff says it was reported at around 2:40am and it was fully contained by around 4:15am. It is not immediately clear if there was any notable damage related to the incident, but it is believed to have been relatively small. Representatives from American Wood Fibers were not able to comment when reached this morning.

The cause of the fire is still under investigation. The Tuolumne County Fire Department also responded.